A letter to Aleksander Lukashenko

It’s been a month since we flew over your capital to drop teddybears and weeks since our last letter to you, so we thought it’s time we got in touch again. A lot has happened. You have fired two of your highest ranking Generals, talked a lot about us on Belarusian TV and even invited us to visit your KGB in Minsk. Flattering as it is for a small advertising agency to get this kind of attention from a real live dictator (especially since there are not so many of you bona fide dictators left) there are some details we need to discuss.

* Firstly, the invitation from KGB only tells us to come to Minsk "within 10 days" or we’ll "face two years correctional work". It doesn’t say why we are summoned. Actually, threatening someone with correctional work if they don’t accept your invitations is considered bad manners. But we get it. You and your KGB are old fashioned. I mean, you’ve been summoning people for like a hundred years without reasons. Hell, you’ve executed people without reasons. Anyway. This is actually not a major issue, just a suggestion for next time.

* Secondly, we have the question of were we should meet. We’d planned on the swedish embassy. Neutral ground, diplomatic immunity, all that. Then, in a sudden spat of bad temper, you deported our ambassador and shut down the embassy. Again Alexander- it’s ok! Everyone can have a bad day. But then you changed the meeting place to KGB headquarters- "Amerikanka" as the Belarusians call it. We do not want to fuzz, but to change the location from the cozy back garden of an embassy to a concrete bunker where people have been tortured for a hundred years does not seem a fair replacement.

* Thirdly there is the issue of our demand for immunity. Your response to this has been that we shall be treated with the "same justice that KGB treats all suspects, witnesses and victims." Might we guess that is your sense of humor? Anyway it sure sounds funny to assure to be treated at all by a police force that is ranked as Europe’s most corrupt and brutal by organizations such as Amnesty International. "That’s equal treatment for you" as Stalin said when he burned down the entire village.

* Fourthly, and this is actually sort of serious, we have received a number of threatening mails and phone calls. There has been hacking attacks on our email system and all the trails leads to…the KGB. Of course, again, you will think "whats the problem?". Isn’t that normal procedure to threaten or torture someone when they badmouth the dictator? Yet however crazy this might seem, this is all new to us. In Sweden the police is not allowed to either threaten, kill or torture people.

To sum it up, all these small issues have made us lose our  appetite to come and visit you. Still we DO feel bad for making people laugh at you and your super-expensive air defense. So what could we do? Then it hit us. Why don’t YOU come and visit US? So:

Studio Total hereby proudly invites the Dictator Aleksander Lukashenko to our house in Skåne, Sweden. We will arrange and pay for lodging,  food, taxis and all that. We will also, as we promised, tell you everything you want to know on how to cheat your expensive air defence systems.

Our only demands is that you behave as politely as you can. (No threats of torture and the likes) and that you release all the political prisoners in Belarus. We’ve enclosed a list of 15 of them below this letter. There are of course many more of them, but we’l sort that out later.

We’ve also spoken to the swedish foreign office about sponsoring your air ticket. They couldn’t promise anything- "It normally doesn’t work that way" they said, and of course you’ll agree. But Hey! How about forgetting how things normally work for once. I mean, you’ve been dictator now for what, 20 years? And what did that bring you? A lot of sweaty handshakes, people laughing at you and the serious possibility to go down like Kadaffi if you continue threatening and jailing everyone that disagrees. Anyway, if the foreign office doesn’t pay up, we will. That’s our promise! Now I’m sure people will say that we try to make fun of you. That’s not true, and anyway, you are much better at that than we could ever be. So what do you say? Will you come and see us?

PS. Notice how we didn’t use any threats at all. No "putting you in a camp if you don’t respond within five days". And that’s although our crime consists of dropping some cuddly teddybears while yours are  oppressing a country for 20 years. And finally, be sure to like us on Facebook well in time before the meeting! 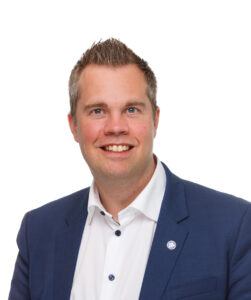