Recently some politicians from the Sweden Democrat Party and Christian Democrat Party made wrongful comments on China and China-Sweden relations, which we condemn and firmly oppose.

China is a courteous and respectful country that believes in mutual respect. It is only when one respects others, will one be respected. One who gives roses to others is the first to smell the flavor, but one who throws mud at others has dirt in the hand.

We are open to discussing and communicating with those that hold different thoughts and views. There are far more commonalities and cooperation than differences between China and Sweden. It is hoped that certain Swedish politicians will work with us towards the same goal, proceed from the friendly wishes and fundamental interests of our two countries and peoples, focus on cooperation instead of differences, and work together for the sound and steady development of friendly cooperative relations between China and Sweden. 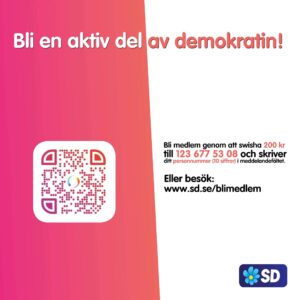